Appointment: Appointed to the Board in May 2013

Mr Leuschen also serves on the boards of directors or equivalent bodies of a number of portfolio companies in which Other Riverstone Funds have investment interests. Mr Leuschen is a U.S. resident. 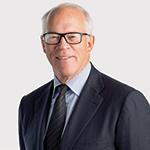