Appointment: Appointed to the Board in May 2016

Experience: Mr Ryan is a Partner of Riverstone and is responsible for corporate development. He is based in New York. Prior to joining Riverstone in 2011, he worked for Gleacher & Company / Gleacher Partners in both London and New York, most recently as Managing Director and Co-head of Investment Banking. Prior to Gleacher, he worked for Goldman Sachs in the European Financial Institutions Group in London, the U.S. Financial Institutions Group in New York, and the European Advisory Group. He serves on the investment committee of Riverstone Credit Partners and on the Board of Directors of TrailStone. He received a law degree from University of Dublin, Trinity College. Mr Ryan is a U.S. resident. 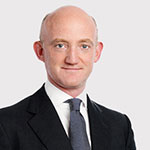