Hyzon, headquartered in Rochester, New York, is a differentiated, pure-play, independent mobility company with an exclusive focus on hydrogen in the commercial vehicle market. The Company's proven and proprietary hydrogen fuel cell technology enables zero emission, fleet based, commercial transport at competitive performance as measured against both traditional fuel sources and other alternative vehicle power sources. Through its partnerships with market-leading suppliers and manufacturers, and the Company's commercial relationships with retailers, consumer goods companies, natural resource firms and governments, Hyzon has rapidly expanded its commercial reach with supply agreements to customers around the world. With a demonstrated technology advantage, leading fuel cell performance and a history of rapid innovation, Hyzon is catalyzing the adoption of hydrogen heavy vehicles. 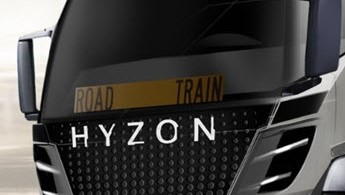